Saturn is probably one of the most widely recognizable planets in our solar system (apart from Earth, of course) because of its distinct outer rings. It is a gas planet which means it does not have a solid surface like us here on Earth.

It is possible that it has a solid core though. This mysterious planet is one that has never been entered by a spacecraft of ours. 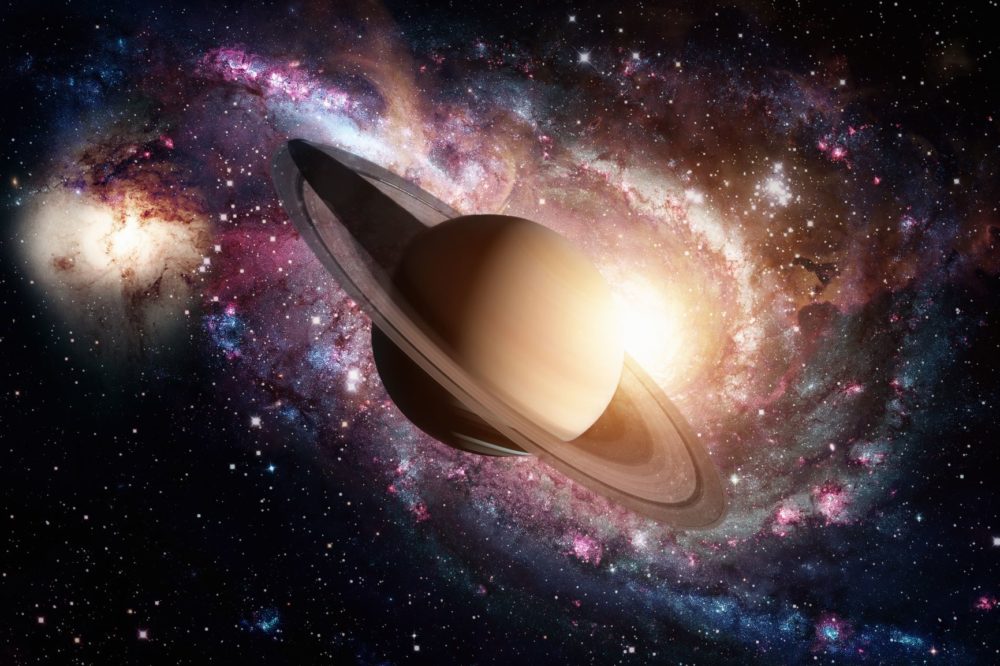 However, three crafts have traveled past it. The first of these was in 1979 with the NASA Pioneer 11. It then happened twice in the 1980s with NASA’s twin Voyager 1 and 2.

Then, finally, one craft, Cassini orbited the gas planet from the year 2004 and 2017 - completing 294 orbits around it before being intentionally vaporized into its atmosphere.

This means that the majority of our knowledge of Saturn is fairly recent. That being said, it was first noted by Galileo in the 1600s when he found a planet that seemed to have ‘handles’.

Some of the most commonly asked questions about Saturn revolve around its atmosphere.

It is interesting to know what the atmosphere is like on the other planets in our solar systems, as it can help put into perspective what they are like in relation to the atmosphere that we experience. This can help strengthen our understanding of otherwise mysterious planets.

In this article, we are going to be telling you about the temperature of Saturn, whether it has seasons in the same way that we do, and going into detail about its atmosphere and how it can affect the two things.

This article is a must-read for any budding scientists, self-confessed space geeks, or anyone with an interest in the mysteries of outer space!

Measuring the temperature of Saturn, as with all of the gas planets, is difficult. This is because the pressure surrounding Saturn is enough to totally obliterate any craft that goes near there.

For this reason, the only way to test the temperature was to use spacecraft. When Voyager 2 did a fly-by visit in the 1980s, it found that the average temperature was around minus 218 degrees Fahrenheit.

Pretty frosty, don’t you think? These temperatures are taken from a place in the atmosphere where the pressure is equivalent to the pressure we find at sea level on Earth.

However, it must be noted that Saturn is of a behemoth size, and it features three layers of clouds in its outer atmosphere, all with different temperatures. All of these temperatures are well below freezing.

The interesting statistics happen when you start to reach the lower layers of the atmosphere. This is where these temperatures quickly shoot up.

Saturn is thought to actually give more heat to the atmosphere around the planet than it gets from the sun. Because it is so far away from the sun, the heat of the core certainly has more of an effect than the sun.

As we mentioned briefly in the previous section, Saturn is surrounded by layers of clouds that form its outer atmosphere. These clouds resemble very faint lines or stripes, and can also look like jet streams and the clouds we see here on Earth when we have a storm.

It is an extremely windy planet, with regular winds in the upper atmosphere reaching around 1,600 feet per second along the equatorial region. To put this into context, even our strongest hurricane winds only reach around 360 feet per second.

The pressure is akin to that felt when diving deep under the sea - and that is in the outer atmosphere! Pressures are so high that Saturn can actually turn gas into a liquid just by existing!

Saturn also boasts a very unique weather feature. At the north pole of the planet, there is a jet stream in the shape of a hexagon. This six-sided feature was picked up by images that we got from Voyager 1 in the 1980s.

However, the Cassini craft observed this more closely. We found out from Cassini that the weather system spans a whopping 20,000 miles and features 200mph winds. In the center is a storm that rotates. There is no other known system like it in the whole of our solar system!

Does Saturn have seasons?

Saturn takes around 29.45 years (well, Earth years), to orbit the sun. This means that each ‘season’, so to speak, is just a little bit over the 7 years mark. Like Earth, Saturn's poles do tilt away from the sun. it is the tilting of a planet that causes seasons to occur.

Take Earth, for example, our axial tilt is 23.5 degrees. Saturns are very similar at 26.7 degrees. Of course, seasons determine the weather we experience, and it is the same on Saturn.

This also determines how long and short days are. For example, when it is summer in the Northern Hemisphere here on Earth, our days are longer and nights are shorter, because we are closer to the sun. likewise, this happens on Saturn.

However, because of how far away from the sun they are, they do not experience seasons in the same way that we do. Certainly, there are visible changes.

Cassini, the spacecraft sent to orbit Saturn from 2004 to 2017, noticed that when the pole that has tilted into what we would call ‘winter’, that hemisphere takes on a blue color.

This has led people to think that this is a sign of Saturn experiencing winter. As one hemisphere develops this color change, the other one goes back to normal. This leads people to think it is a sign that temperatures have changed.

However, other scientists feel that it is more likely linked with the fact that the sun’s UV rays are reacting with methane in the stratosphere of the planet, rather than being solely a sign of seasonal changes.

So, whilst it does seem as though Saturn experiences something similar to the seasons we have here on Earth, it is not likely that any Saturnians (should they exist) will be running to grab the latest pumpkin spice drink once fall rolls around, or be sunbathing when summer arrives.

As we are sure you can see by now, Saturn is a mysterious but infinitely interesting planet. What we know about it is awe-inspiring, those extreme temperatures, that crazy weather system at its north poles, and the fact that it has such a high pressure it can turn gas into liquid!

We hope that we have answered your questions regarding the temperature on Saturn, its atmosphere, and whether it has seasons.

To recap, the temperature on Saturn is an average of minus 218 degrees Fahrenheit. Very cold indeed. Remember though, they have those three layers of outer atmosphere which all have various temperatures well below freezing!

Inside the core of Saturn is a different story though. Temperatures that high are unfathomable to us mere earthlings!

In terms of atmosphere, the gassy planet is surrounded by clouds that resemble stripes and jet streams, and they have a very unique weather system. The pressure is akin to the pressure we feel at sea level, and the winds they experience on the regular put the hurricanes of Earth to shame.

Seasons do occur on Saturn, but not like the seasons we have - although they do also have the luxury of longer days in the summer, those lucky Saturnians!

They do experience a color change in each respective hemisphere as the planet shifts on its axis in the summertime. This causes a bluish tinge but it is actually thought to be the sun’s ultraviolet rays reacting with the stratospheric methane of the planet.

This has been thought of as a symbol of temperature changes at the turn of the season, although many scientists dispute this.

One thing is for sure, Saturn is a very interesting planet, and we hope that one day even more in-depth studies of it can be undertaken! We hope that this article has proved useful for you and answered all of your burning space-related questions.