Buying a telescope if you’re a beginner can always seem like a very daunting prospect, with the sheer number of features on offer, you might be forgiven for thinking that it is completely out of your range of expertise. 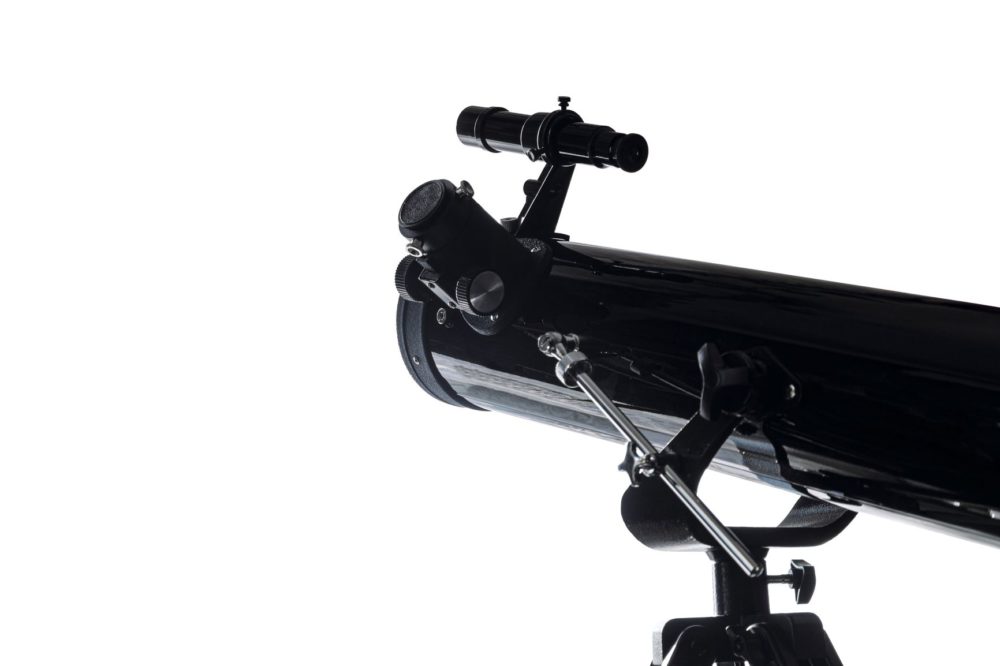 Well, not to worry, because we have compiled a review of one of the best beginner telescopes currently on the market: the Orion SpaceProbe 130ST Newtonian Reflector telescope. This is perfect for newbie stargazers who have a little experience with telescopes but want to take their space watching to the next level.

This has one of the largest apertures on the market, measuring 130mm in diameter, it will let a considerable amount of light in, meaning that you can view even the dimmer night sky objects.

The ST in the name of this telescope stands for ‘short tube’, being the perfect telescope for viewing objects in the sky over a wider field of vision. Having a shorter tube will allow you to see a wider array of galaxies, rather than the long tubes that hone in on one particular area.

This telescope is more expensive than some of the other entry-level telescope packages, although the 130ST hits the mark between quality and price just right.

But what are the particular qualities of the Orion SpaceProbe 130ST Newtonian Reflector telescope? What materials is it made from and will it be a long-lasting and reliable telescope?

How much can you be expected to pay for one of these models? Will the price be worth the number of features you’ll get with it?

Well, we’ll answer all of these questions and even some more, with our Orion SpaceProbe 130ST Newtonian Reflector telescope review, which will outline the mount capabilities, the accessories, the optical performance as well as giving you some user testimonies.

One of the main draws of the Orion SpaceProbe is the parabolic primary mirror that provides you will amazing views of the nearby planets and the moon, with an impressively wide field of view that will enable you to witness nebulas, galaxies and star clusters.

This telescope has an f/5 focal range, which has been dubbed the ‘fast’ focal range, giving you a speedy focus on a wider array of objects in the night sky. Again, this is great for beginners who want to map the sky for themselves before honing in on the particulars.

With this telescope, the manufacturer states that you can use the telescope to achieve an upper magnification of 260x, however, this might lead to some loss of image quality with a poorer eyepiece.

Included in this telescope package are two Sirius Plossl eyepieces at 25mm and 10mm lengths, giving you magnifications of 26x and 65x respectively. However, you can go even smaller for increased magnification. Choose an eyepiece of 6mm to get an impressive 108x magnification.

You could, for example, buy a 2x Barlow lens for this telescope, which when combined with the two eyepieces mentioned above, will create an increased magnification of 52x and 130x respectively.

Set Up And Portability

There are a few limitations of this telescope, one of the main ones being that it doesn’t set up as simply as some of the other models on the entry-level spectrum.

Orion claims that you can set this telescope up in under 30 minutes, although many users have reported that it can take up to an hour.

One other drawback is that the mount provided with the telescope can be unreliable at times, being made out of particularly lightweight construction.

This is a recurring issue with a lot of cheaper models, as manufacturers place a lot of the value on the internal features of the telescope itself rather than the accessories.

However, there are plenty of ways you can stabilize a vibrating mount, such as fitting it with cardboard or fastening rubber strips to the underside for a firmer grip. You can also consider weighting your mount with attachable weights.

This Spaceprobe mount includes 25mm and 10mm Sirius Plossl eyepieces that have a magnification capability of around 26x and 65x respectively.

These eyepieces are much better than Kellners and modified Achromats, which are often described by users as blurry and can suffer easily from scratches.

Instead of using the common red dot sight, this telescope utilizes a 6x30 optical finder that will show up far more stars than you’ll be able to see with just a dot and the naked eye. This will make it much easier to hone in on planets or constellations that you want a better look at.

However, the one drawback of this is that the viewfinder will be more uncomfortable to look at as it presents the image of your star system or planets upside down.

You might not find this that difficult as the view through your telescope will already be upside down, but it might become irritating after long hours of viewing.

This unit comes with a German equatorial mount, which is more than up to the task of supporting your 130ST, although it is not the steadiest mount relative to the size and weight of the scope.

This is especially true if you extend the legs to their full height. Unlike more expensive mounts, the main body of the 130ST will bolt onto the mount rather than using a Vixen dovetail and saddle.

One of the main pros of the equatorial mount is that you can track the sky much more effectively than with a mounted Dobsonian scope. You can either turn the RA slow-motion cable or install a motor track to smoothly track your object in the night sky.

This motor-tracking will be more accurate than manual tracking, although it still doesn’t have the highest levels of accuracy needed for astrophotography.

However, one of the main drawbacks is that the setting circles on the mount are too small and inaccurate to be of any use to those seasoned stargazers who want that extra level of accuracy over their telescope.

The mount also lacks a polar scope, so precise alignment with the poles will be extra difficult, although this shouldn’t affect your viewing much.

Can It Be Used For Astrophotography?

Unfortunately, deep-sky photography is not possible with this model of telescope, as the focuser won’t be able to handle the focuser built into most DSLR cameras.

The dual-level of magnification will actually make your planets seem blurry and out-of-focus. You need autoguiders to track the movement of your targets and the Orion does not accommodate those.

Aside from having a laptop with a good processor speed and power capabilities, you’ll require a 3x and 5x Barlow lens to achieve the perfect magnification for objects like the Moon and the planets. However, Barlow lenses are way too strong for the optimal focal length that the telescope possesses.

Your mount will also need to be aligned accurately to keep whatever it is you have in your field of view within the sight of your camera. This will be even more difficult as most cameras do not come equipped with a polar scope or a sighting hole.

If you do want to adapt your camera for use with your telescope, ultimately you might be spending more than double the price of your telescope itself.

You’ll also be very restricted by the smaller mount which might not be able to handle the excess weight, as well as the smaller 5-inch aperture.

What You Have To Say - User Testimony

Just by glancing at some of the reviews of this telescope, it is clear that a lot of users are raving about it, calling it ‘fantastic’, with a ‘sturdy mount’ and optics that ‘are great for a beginner-level telescope’.

A lot of reviewers have claimed that this is also great for using as an intermediate telescope, giving you plenty of clear images of the moon and nearby planets.

One of the very few negative reviews of this telescope is the lack of instructions that comes with it, with one user stating that it took double the time to install that the manufacturer said that it would on the website.

Some of the users have also complained about the mount and how it’s not quite up to the task of supporting the weight of additional sights and other accessories that you can attach to your Spaceprobe scope.

Ultimately, the Orion SpaceProbe 130ST Newtonian Reflector Telescope is the ideal telescope for those who are only just venturing into the world of star-spotting.

It gives you very clear images of nearby objects in the sky, which is all you need if you have modest ambitions for your first few stargazing experiments.

It is also easy to use, which is perfect for someone who just wants to get to grips with basic focusing, tracking and magnifications.

This telescope is also very portable, which is great if you plan on making an excursion out of your stargazing, getting away from the city and its light pollution to see those extra stark images of the planets and the stars.

All you need is a standard-sized vehicle with a generous trunk that will accommodate this telescope’s 650mm and thick circular circumference.