Named after the Roman goddess of love and beauty, Venus is one of the brightest objects in our night sky. Because of her similar size, mass, and composition, Venus is often referred to as earth’s “sister planet”.

Venus orbits closer to the sun than Earth making it one of the easiest planets to see. As it orbits the sun faster than the Earth, you will be able to see it in the western skies in the evening or in the east rising before the sun.

That said, as it is so close to the sun and close to Earth (in space distance anyway), Venus is very hard to see at night if you use a refractor or reflector apparatus. 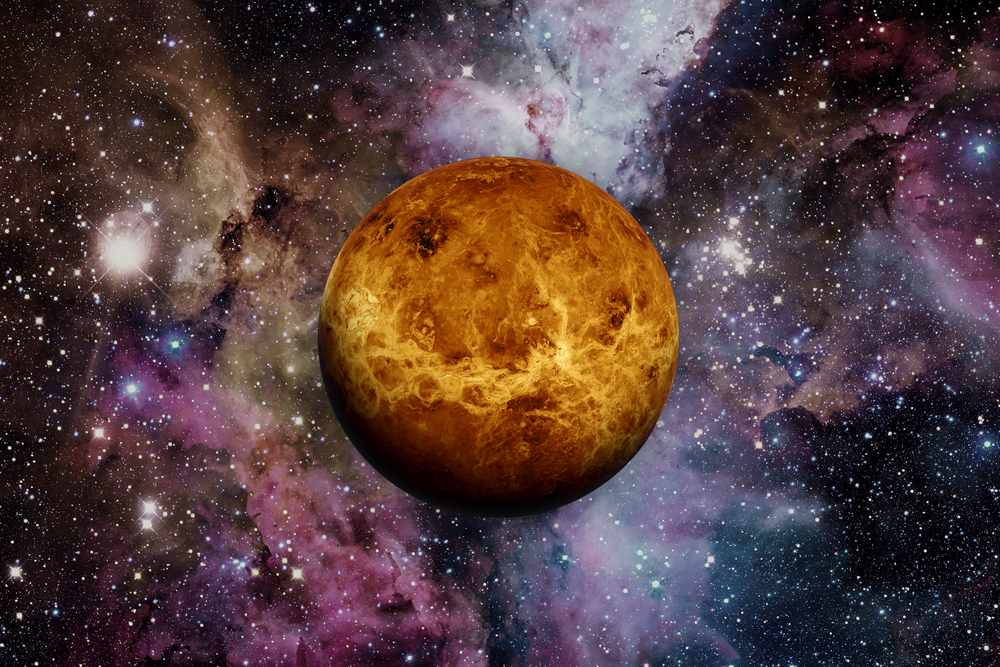 Nearly all celestial bodies are seen more easily during an elongation. We will discuss this further in our article to help you know when is the best time to view the second planet from the sun.

Once you know where and when to look for Venus, you will need to have the proper equipment. You will need a certain type of telescope with added features to enhance your Venus viewing experience.

If you’re unsure of how to see Venus, we are here to help. This in-depth guide will show you how, when, and where to see Venus clearly.

We will discuss Venus itself, its position in our sky, and, the best time to see her in all her beauty. Read on to discover fascinating aspects of Venus that you may have never known.

How to Find Venus in Our Sky

As we have already briefly stated, seeing Venus depends on a few important factors. To pinpoint the exact location of Venus, you can use planetarium software such as Starry Nights.

This will give you a wonderfully realistic look into our night’s sky and guide you to your desired celestial zone. Another way is to use the more traditional method of searching with your telescope and training it to find Venus.

Before doing this, you should understand what the ecliptic plane is. This is when you trace the path of the sun across the sky. This path is the line that we call the ecliptic.

The ecliptic marginally changes throughout the year, rising and falling. It’s at its highest point at summer solstice and the lowest point is during the winter solstice, six months later.

We previously touched upon elongation which is the best time to see most celestial bodies. This is when a planet closer to the sun (an inferior planet) is directly in line with Earth on its orbital path.

We see objects apparently move through our sky because of the rotation of Earth. This motion of objects moves 15 degrees per hour. We are unable to see venus against the sun’s background light until it has reached 5 degrees from the sun. This means it can’t be seen until 20 minutes before sunrise and after sunset.

When Venus is at its furthest eastern and western elongations, it is between 45 and 47 degrees from the sun, moving 3 hours and 8 minutes behind or in front of it. With these calculations, this only leaves you around 2 hours and 48 minutes per day to observe Venus.

Venus can only be seen with ease at certain times of the year because of its faster orbit around the sun. September to December are regarded as the most viable months and it can still be seen until May. Summertime can be very difficult to capture even a glimpse.

It is possible to see venus through a powerful pair of binoculars and through small telescopes. 60mm telescopes should be able to see Venus but must have an eyepiece that allows for 50X magnification. This will make Venus visible but you may need to use a filter to darken its brightness.

If you want to see more of Venus’ details, you should consider buying a 25% moon filter. This will filter out the light of our moon when looking at Venus directly.

You can also use certain apps to track Venus. If you are using a computerized system, you can input the information into its database to point you directly at Venus. This is a great and simple way of finding the right spot in the sky quickly.

There is a wide range of equipment available to view Venus and most systems should do the job. Nonetheless, eyepieces that magnify your device by 50x will certainly enhance your view overall. 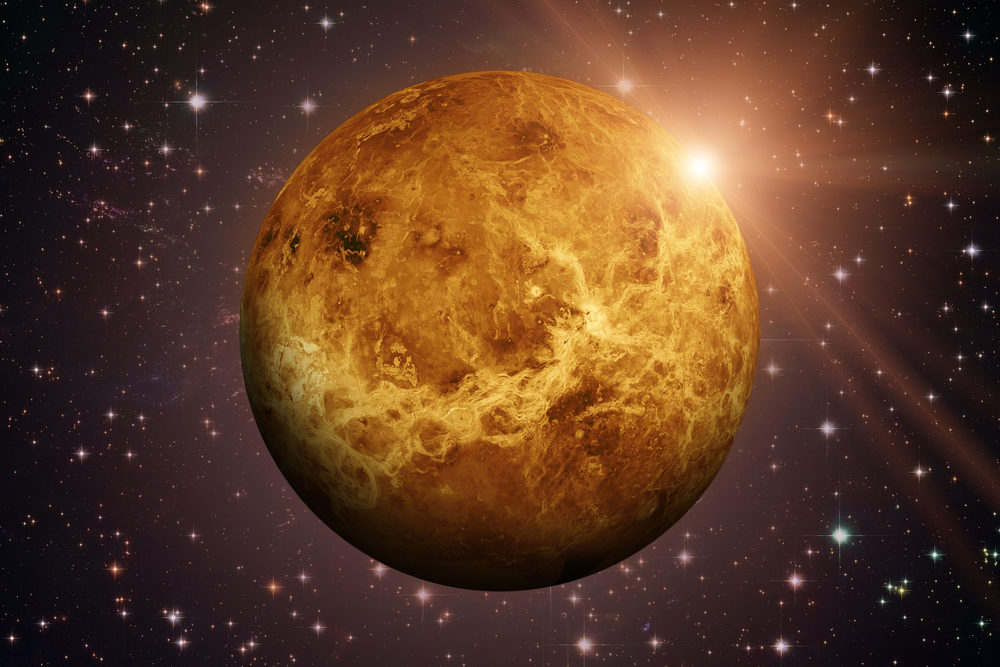 Venus is a very bright planet. Its atmosphere is always covered in thick clouds that reflect a great deal of sunlight from its surface.

With venus being so close to earth (around 24 million miles at closest), this reflectivity is astonishingly bright. Because of this cloud, however, we can never see any surface features on Venus.

A moon filter lets you see Venus without its sheer brightness and, like our moon, Venus is seen in certain phases. These range from crescent shapes to a full rounded view. At its brightest, Venus resembles a crescent moon. The dimmer it becomes, the fuller its shape looks.

Besides its phases, it is hard to see much more but observing it for the first time will always be special.

Seeing Venus Without a Telescope

Yes, it is possible to view Venus without a telescope but only at the right times. You can see it with your naked eye low over the horizon towards the east just before sunrise and in the west after sunset.

Often referred to as the “Evening Star”, this is when Venus is seen best and the fact you can see it without equipment shows how bright it really is.

The best times to see Venus in 2021 vary. The beginning of the year saw it at about its lowest near the east-southeast horizon around 90 minutes before sunrise. Within several weeks, it moves closer to the sun becoming impossible to see.

Fear not! Venus will emerge again in late spring above the west-northwest horizon, not long after sunset. It will gradually become more visible until at its great elongation east of the sun on October 29th.

Around half an hour before sunset on May 12th, you should see Venus towards the low to west-northwest horizon. It will look like a very narrow waxing crescent moon against a beautifully bright twilight sky.

The evening of July 13th will see Venus stand extremely close above the red planet Mars. You will then be able to see Venus pass exceedingly close to the lower left of the star Nunki in Sagittarius.

December 5th will see Venus reach its brightest form with an astonishing magnitude of -4.7. December will see Venus go through a crescent phase again becoming larger and thinner through telescopes or powerful binoculars.

Venus is a wonderful, enigmatic entity. Even with its relentless atmosphere and seemingly featureless surface, it is still regarded as beautiful. If you’re a beginner in astronomy, there is no better place to start than observing Venus. Seeing its transitions through different phases is spectacular and fun.

Once you know how to find Venus, you should invest in a good quality telescope. This will see far more, especially against the brightness and light in the sky. Finding the right equipment will help you focus all of your attention on observing this majestic planet.