Mercury is often called the most elusive planet in our Solar System, being the smallest and the closest planet to the Sun.

Mercury also orbits the sun very quickly, at roughly every 88 days, which means that astronomers only get short windows to view the planet every year.

This makes Mercury one of the hardest planets to find with a telescope. 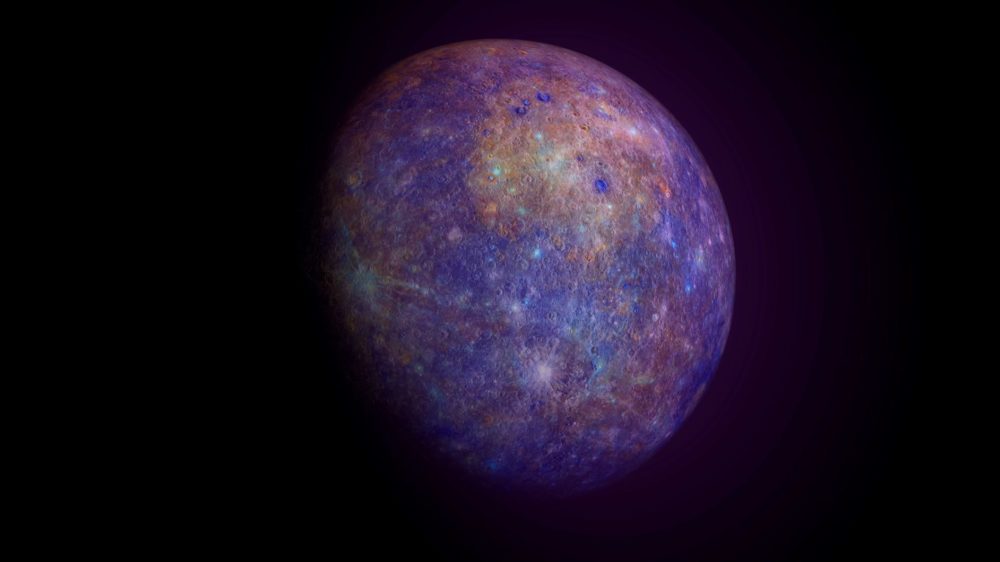 Being so close to the Sun, it can also be quite risky to find Mercury with a telescope, as you may accidentally see the Sun through the telescope, and damage your eyes.

In addition, Mercury can be easily lost within the sun’s glare depending on its position, which makes observing the planet even more difficult.

When is Mercury Visible?

Mercury is a planet that is hardly ever visible for us, as it orbits so closely to the Sun, it can almost always be too close to be visible in a dark night sky.

Mercury has quite rightly earned itself a reputation for being one of the most challenging planets to view with a telescope, however it is actually visible when you know when and where to look.

Many online resources and applications can be utilized to see specific times and estimates of when Mercury will be visible and can be safely viewed through a telescope. One of the best astronomy apps to use is Celestron’s SkyPortal mobile app available from Google Play and the App Store.

Bear in mind when looking to view Mercury, that normal backyard telescopes will not be able to distinguish details of the planet, as it is so small, however, you will be able to locate it.

When Mercury reaches its maximum elongation, this will typically only happen between morning and evening skies, depending on where Mercury lies in relation to the Sun.

However, Mercury is very bright, and shines at a magnitude of -1.9, which is actually brighter than Sirius, which is the brightest star in the night sky, so you may be able to spot it with the naked eye, or a telescope!

When Is Mercury Next Visible?

Mercury will next be visible in the night sky and easiest to spot between May 3rd and May 24th 2021, and will be brightest and easiest to locate in the morning sky between October 18th and November 1st 2021.

How To Find Mercury In The Night Sky

With these predictions, you will be able to locate Mercury in the sky, and can plan accordingly. As Mercury is a very elusive planet, you will want to ensure that you have taken all of the measures and predictions into account for the best chance of viewing this little planet.

For the best chance of a successful viewing, you will want to find an elevated position, such as a hill or a spot that overlooks an open horizon. This is due to the fact that Mercury often sits closer to the ground than other planets, so much so that even trees or small buildings can shield it from view.

It is also important to note that Mercury is only visible for up to an hour before the sun rises every morning, or after sunset in the evening. Due to its fast orbit around the Sun, Mercury is not usually visible for long, or for many days.

However, Mercury will be visible in the east immediately before a sunrise, and in the west straight after a sunset.

How To Find Mercury Through A Telescope

Mercury is as we know a very difficult planet to find, however it can be seen with the naked eye and without any optical aids such as a telescope. You will have to be careful when looking, as the planet does reside so close to the Sun.

When Mercury is in one of its greatest apparitions, it will be visible highest in the sky around 45 minutes after or before sunrise. This apparition could be seen either with the naked eye, or with binoculars.

The sight of Mercury is typically white in color, however when in close proximity to the horizon, it will give off a pinkish hue, much like the Sun appears red during a sunset. You will be able to view Mercury in this way, but you will not be able to see much detail or any characteristics of the planet.

If you are fortunate enough to locate Mercury with your naked eye, then you can use your telescope to view the planet in much greater detail. To do this, you will want to use your finderscope for a much wider viewing range. Use the finderscope to get it centered in your main scope.

If you then look through the finder, you will be able to see some crosshairs, which will need to be centered at Mercury for better visibility. Once you have locked in on your target, you will want to look through the eyepiece of your telescope for a more magnified and detailed view of Mercury.

This will be best done during one of Mercury’s greatest elongations for the best hope of finding and viewing the planet.

If you are hoping to catch a glimpse of the smallest and most evasive planet, then there are a few dates that you will want to keep in your diary.

January: During this month, Mercury will be in Capricornus, where its evening star will be best viewed between the middle and the end of the month.

March: In this month, Mercury will reach its greatest elongation on the 6th, and will be around 10 degrees above the horizon at sunrise.

April: Towards the end of this month, Mercury will be found at dusk, a few degrees over the Northwest horizon in Aries.

May: In this month, you will have another wonderful opportunity to view Mercury around the 17th. On this evening, Mercury will be about 12 degrees above the horizon 40 minutes after sunset. It is here you will be able to find Mercury in the constellation of Taurus.

June: During this month, Mercury will have poorer visibility, as the planet will most likely be about 6 degrees above the northeast horizon.

July: In this month, the greatest elongation will happen on the 4th of the month, but visibility will not be as great as others. You will need to look very closely and low on the horizon 40 minutes before sunrise.

August: There will be little to no visibility of Mercury during this month.

September: There will be much less visibility of Mercury during this month, although the greatest elongation will happen on the 13th.

October: During this month, the planet will reach 10 degrees above the eastern horizon on the 25th. Mercury will show in Virgo around 40 minutes before the sunrise.

November: For the beginning of this month, you will be able to view Mercury, however after these days it will move too close to the sun for it to be visible.

December: Towards the last month of the year, you may be able to see Mercury in the evenings. 40 minutes after sunset, Mercury will move to 6 degrees over the horizon, before heading to its greatest elongation in January of 2022.

When in search of Mercury, you will need to remember that it is very unwise to try and view the planet whilst the Sun is still above the horizon, or just before sunrise. In doing so, you may risk looking directly at the sun with either your naked eye, or your telescope.

Looking at direct sunlight can not only ruin your telescope, but you may suffer from partial or permanent blindness.