Whether you’re a curious child or an adult who still longs to be an astronaut, you might look to the vast expanses of space and wonder: just how many stars are up there? Millions? Billions? Trillions?

Well, whilst it’s impossible to know for sure an exact figure, we can tell you the number of stars you’ll be able to actually see with your human eyes. Sadly, it’s only actually around 3,500-4,500 on average that are visible with our sight capabilities. 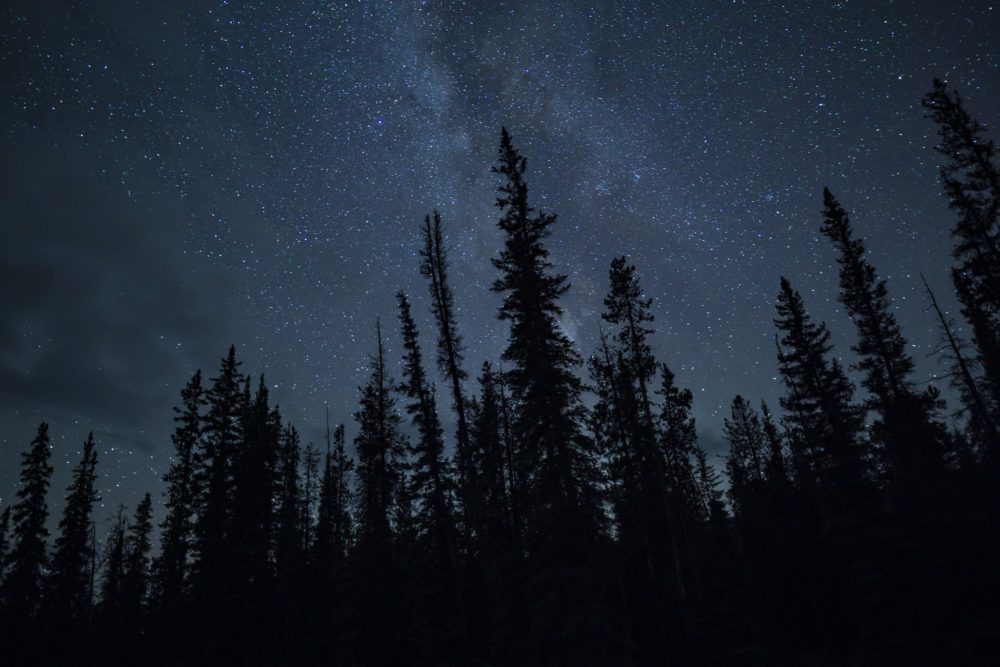 This number depends on several factors: what time of day it is, where you’re located in the world, weather conditions locally and how well you can actually see! Want to know what’s involved in that calculation, as well as some other fun facts?

How Many Stars Are There?

Just one teensy tiny part of outer space, our little solar system can be found tucked into the Orion Arm, part of our Milky Way Galaxy. This chocolate-y sounding area on its own is home to approximately 100-400 billion stars!

Why such deviation between guesses, we hear you cry? Well, the incredibly clever astronomers and scientists who make these estimations follow different theories in order to calculate these numbers.

When you’re aided with the zooming powers of a telescope, it’s possible to get a glimpse of the other galaxies in our Milky Way. Unfortunately, the distance between us and them is so large that it’s literally impossible to see any of their stars.

Therefore, any star you can see in the sky at night is one hundred percent a part of our galaxy.

So, if there are literally billions of glowing dots in our sky, why can we only see a couple of thousand at a time? That hardly seems fair! It involves understanding a little bit of tricky science, but don’t worry, we’ll take it slow.

How Are Stars Distributed?

In our universe, stars demonstrate what’s known as clustering: this means they move in groups through space. Some are open, which means they have a less organized, more loose appearance, with only a few thousand stars visible.

There are many more stars farther away from our Earth than there are close to us, which is why there are fewer bright stars in the sky. Distribution is uneven and a star’s depends on several other factors, besides its proximity to our sky.

Apparent Magnitude measures how bright a celestial object is when being viewed from Earth. As it works on a non-linear, logarithmic scale, a five-point change in magnitude is actually equal to increasing by a hundred in brightness.

See the table below, borrowed from the experts at Stargazing.net - bear in mind that the complete table on their site refers to the complete sky, whereas in optimum conditions humans can only see a half of the whole sky at any given time.

It’s also worth bearing in mind that certain parts of the sky have a greater percentage of stars per unit than others!

How Is A Star’s Visibility Impacted?

As mentioned above, a star’s visibility is not just determined by its distance from Earth, there are several other determiners at play:

Although we are all under the same sky (how poetic!) what we can see is altered by the environmental conditions of our local area. For instance, as you may imagine, the more light pollution present, the fewer celestial objects visible in the sky.

This affects those in city and suburban areas most of all; those trying to look to the stars from their neighborhood backyard can usually only see stars at magnitude four or brighter, which is less than 500 hundred stars all in all.

In the center of a big city like New York, you might possibly catch a glimpse of stars at magnitude 1 or brighter, though that’s going to be fewer than 20 all in all. What a disappointing view for such a romantic place!

Unfortunately, from our position on this tiny insignificant planet, it’s very difficult to see the full potential of stars in our galaxy. The atmosphere we are protected by also serves to limit what we can and cannot see!

It doesn’t matter whether the sky is clear and cloudless: poor transparency and general unsteadiness of the atmosphere can significantly impact how many of those beautiful twinkling lights up above make it through to us.

Plus, we’re limited by the abilities of human eyesight, given that the average human of adult age with full 20/20 vision can potentially detect stars brighter than a magnitude of 6, provided the star is dark and clear enough.

Worse still, near sighted individuals will have more trouble with seeing stars than anybody. However, those who are far sighted are actually in luck, as you lucky ducks are able to see more stars on average than most humans!

As we get older, our eyes become weaker and less able to see clearly - symptoms of aging include a loss of peripheral vision, decreased pupils and even less color visibility. These are normal, but it does impact on our ability to stargaze.

Under a dark enough sky with top notch vision, you can expect to see stars of magnitude 6.5 and brighter, which offers a hypothetical number of total visible stars at 9096 across the world.

Remember: we can only see one half of the sky, otherwise known as the celestial sphere, at any given time - therefore, when we half this number, you can potentially see about 4,500 stars with the naked eye globally.

What About With Telescopes?

As you might expect, it’s far easier to locate dimmer stars if you utilize a viewing aid, like binoculars or telescopes.

For instance, whilst our human pupils only have a diameter of between 5 and 7 millimeters, the objective of a telescope is capable of gathering more light up from space. This means they are able to collect light at fainter limiting magnitudes.

Here is yet another table from the folks at Stargazing.net to explain what we mean in a clearer, more concise format:

In the most blatant terms possible, although there is the potential for between 100 and 400 billion stars in our galaxy at any one time, we are only capable of seeing stars with a magnitude brighter than 6.5.

As a result, approximately 3,500-4,500 stars will be visible to our human eyes on average, provided the conditions are right. We have explored the various impacts on visibility: pollution, conditions, our Earth’s atmosphere; each can change the number.

Not to worry though - if you’re a really keen astronomer, or just want a better look, obtaining a decent telescope or pair of binoculars increases the magnitude our eyes are able to see. As a result, there are more stars in the sky! Happy watching.