When the sun starts to dip beyond the horizon, you start wondering how much time you have before it gets dark. It is always good to know how long you have before it turns from sunset to sundown. Especially if you want to go somewhere aesthetic and watch the sun go down.

Darkness is not just one state though and it really depends on how you define the darkness of night. There are a few stages that include; civil twilight, nautical twilight and astronomical twilight, and finally nighttime.

So the sunset and defining darkness are not quite as simple as you may think, the time of year and where you live may also have an impact on this as well. So, exactly how long does it take for the sun to go down? 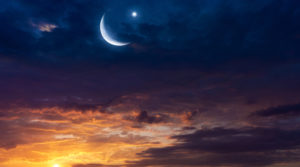 How long does it take?

There is no definitive answer for this question because it varies depending on a few different factors. The closer to the equator you live the faster the sun will set, whereas the further away you get from the equator the longer it will take.

The average is around 7- minutes to go genuinely dark.

For those in the USA and most of Europe 70 minutes is about right. If you are further north however it may take longer, the night may come faster if you live in Texas than it would if you live in Alaska.

If you’re an astronomer, you probably want to ask this question so you know when it is genuinely dark outside, dark enough that you’ll be able to see the stars and planets with your telescope.

If you go out too early you won’t get the view that you were hoping for, but how can you know when too early is? It’s very hard to tell.

In the more northern states, you will be able to see deep space objects after around 100 minutes (1hr 40min) after sunset.

There are other factors to consider here though, although these are the guidelines for how long it will take, these are not hard and fast facts for every season and every specific location. This can change per your season and exactly where you are.

What is Astronomical Twilight?

Astronomical twilight is a period of twilight, one of three, that are part of the sun's descent that turns our day into night.

Civil twilight is the brightest of the three twilight phases. At this point, the sun is just below the horizon and so there is generally still enough natural light to carry on normal outdoor activity.

Each twilight phase is defined by the range of solar elevation, which is the position of the sun concerning the horizon. At the time of civil twilight, the center of the sun's disk is anywhere between 0-6 degrees below the horizon.

In the mornings this phase is the last and happens just before sunrise. In the evening it is the beginning of the sunset. Both sunrise and sunset are the moments in which the sun's upper edge touches the horizon.

The earth’s atmosphere scatters and reflects many of the sun's rays which color the sky, bright yellows and oranges. During this time artificial lighting is generally not needed, so long as there are clear weather conditions.

If you are stargazing or an astronomer, during this time you may be able to see the brightest stars and planets, perhaps Jupiter or Venus, with the naked eye.

The twilight phases are often called dawn for the morning phases, and the dusk in the evening. Unlike the general term of ‘twilight’, which describes a timespan, these refer to moments during the transitions between day and night.

Nautical twilight is the second phase of twilight. During this time both the horizon and the brightest star are visible, sailors can navigate at sea during this time.

This is also probably viewed as the most beautiful times of twilight, as the sky dips from a dark blue into light blue, to white, to yellow to orange.

You will also be able to see many of the brightest stars. This makes it possible to use the position of stars to navigate at sea and is hence why it is called nautical.

Much like with civil twilight, nautical twilight is present at both dawn and dusk.

Finally, we have astronomical twilight, this is the darkest of the three phases, and is the first stage of morning and the last stage of dark before night. At this point of twilight, the sun's position is between 12 and 18 degrees below the horizon.

To the naked eye, this time can be very difficult to distinguish from the nighttime, especially in highly light-polluted areas such as cities, it may be easier to tell the difference on a clear evening in a rural area. You can see most stars and celestial objects at this time.

If you are an astronomer, you may be unable to observe some of the fainter sights, such as stars or galaxies. Astronomical dawn is preceded by nighttime and is at 18 degrees below the horizon.

Astronomical disk is 18 degrees below the horizon and is the predecessor before night. This is the last shimmer of natural daylight before night falls.

Once the sun moves beyond 18 degrees below the horizon and ends astronomical twilight, it is official nighttime and there will be no be no natural sunlight in your location, this is a good time to get the telescope out or take photos of the night sky.

What can you see during Twilight?

What you can see varies between each stage of twilight.

Civil twilight is the best time to see things in daylight, complete activities, go for a run, or make your way home with natural light.

On the other hand, Astronomical twilight is the best time out of the three for stargazing, astronomy, and other night/ darkness specific activities.

During civil twilight, the conditions are fairly bright, activities can be completed on the ground, sports can still be played, you can still read a book and see everything around you.

In the skies you would be able to make out only the brightest of planets or stars, Venus is usually visible during this time, mercury may also be visible as may Jupiter. You won’t be able to see any constellations or deep space objects at this point.

During Nautical twilight conditions are starting to get darker, it is not yet completely dark but you would find it difficult to spot details, you wouldn’t be able to read a book, and markings on your surroundings may not be visible. I.e. the bark of a tree.

On the ground, the light has faded and you may need additional light to carry out other activities- such as sports. Your eyes will not have enough light to see color so many things will appear as shades of grey.

In the skies however you will start to see the stars, constellations can now be clearly seen. The sky will also appear a shade of dark blue, getting lighter towards the west where the sun sets and getting darker and black towards the east, opposite the sunset.

Astronomical twilight is the darkest stage of twilight and the final stage before night.

This stage is very close to night and on the ground, it will appear as night, it will be very dark and all you may be able to see in the sky is an off-blue-black tone at the point of the horizon where the sun has dipped down.

Aside from this one spot, the sky will be totally black and stars, the moon, and deep space objects will become visible.

In the sky, deep space objects are visible with telescopes, as well as stars and the moon. The only point at which it may be difficult to see these things will be at the point nearest the horizon. Though, in the final stage of twilight, it will not be long until night.

Why does the sun set in the west?

This is a very good question, and this simplest answer is that it is all down to the way that the earth spins. All the objects around us rise in the east and set in the west, this includes; the sun, the moon, and the stars. The earth spins towards the east on its axis.

Another way to visualize this is, if you were to get on a plane in the USA during the night and you wanted to chase the night sky, you would fly west, following the sunset across the globe. If you flew east you would meet the sunrise. It is all due to the rotation of the earth.

How long before sunset is the golden hour, and what is it?

This is a term you may have heard, golden hour. The golden hour is a specific time relevant to both sunrise and sunset. It is defined as the hour before the sun sets and the hour in the morning after the sun has risen.

This time is named so because it is the optimum time for photographers to get a perfect photo with the optimum amount of natural light.

This is another reason to be aware of the timing of sunrises and sunsets, especially for photographers, being able to monitor the position of the sun can give you the perfect conditions for whatever you need to do.

While we can craft and create a great deal of synthetic environments with our advancements in technology, we will never come quite as close to perfection as the sun provides us.

How does Latitude affect Twilight?

At the equator things are different from how they are elsewhere on the globe, the sun will rise and set in almost a straight line. Rising in the east, going overhead, and setting right down in the west.

It appears to set at right angles to the horizon, and it sinks through civil, nautical, and astronomical twilight much faster than it does nearer to the poles.

At the poles the sun is more leisurely, rising and setting near the east and west. It also does not go straight up or get as high as the zenith (overhead sun). This is simply due to the equator being more directly opposite the sun.

How do the seasons affect Twilight?

There are even a few places, such as the north pole, wherein their summer months there is no night. And Alaska where the sun is never below civil twilight for all or most of June.

There is no definite answer to this question, but using your latitude and information on the seasons, you, yourself and discover this wherever you are.