You may have gazed into the night sky and wondered about the different planets in our Solar System. How big is Jupiter? How hot is the Sun? Or even Why is Venus so bright?

There are so many questions pertaining to the planets and what makes each of them different. You may have heard that Venus is one of planet Earth’s closest relatives, and how far away Venus is from us, so let’s dive in and uncover more about the so-called brightest planet. 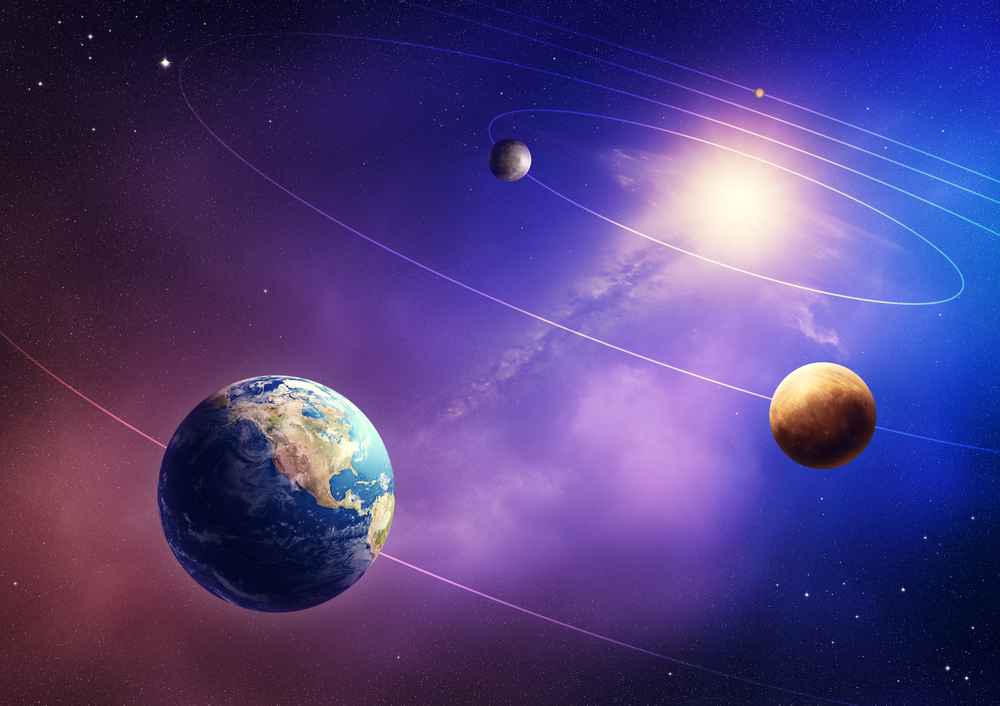 Venus is a planet within the Solar System. Venus is the second brightest natural object in the Earth’s night sky, just after the Moon. This is why Venus can cast great shadows that can sometimes be seen with just the naked eye!

Quite similar to Earth, it has a rocky body, and a similar size and mass, which is why Venus is sometimes referred to as Earth’s sister, or twin.

Venus is the second planet from the sun, and is named after the Roman goddess of love and beauty.

Venus is actually the only planet that is named after a female figure, it is argued that this is because of its stunning, striking and bright appearance, and so was named after the most beautiful deity of the pantheon by ancient astronomers.

Why is Venus the brightest?

Apart from the Sun and the Moon, Venus is actually the brightest object within the night sky. Venus is so bright for one of two reasons.

For example, the first reason is that its atmosphere is extremely reflective, and will therefore look as if it is shining very brightly. The second reason is that it orbits the sun so closely to planet Earth that we can see it much clearly in the sky.

The Distance of Venus Changes Over Time

As both planets follow their natural orbits, there will be times when Earth and Venus are at opposite ends of the Sun. This will mean that the distance between us and Venus will be at its greatest. 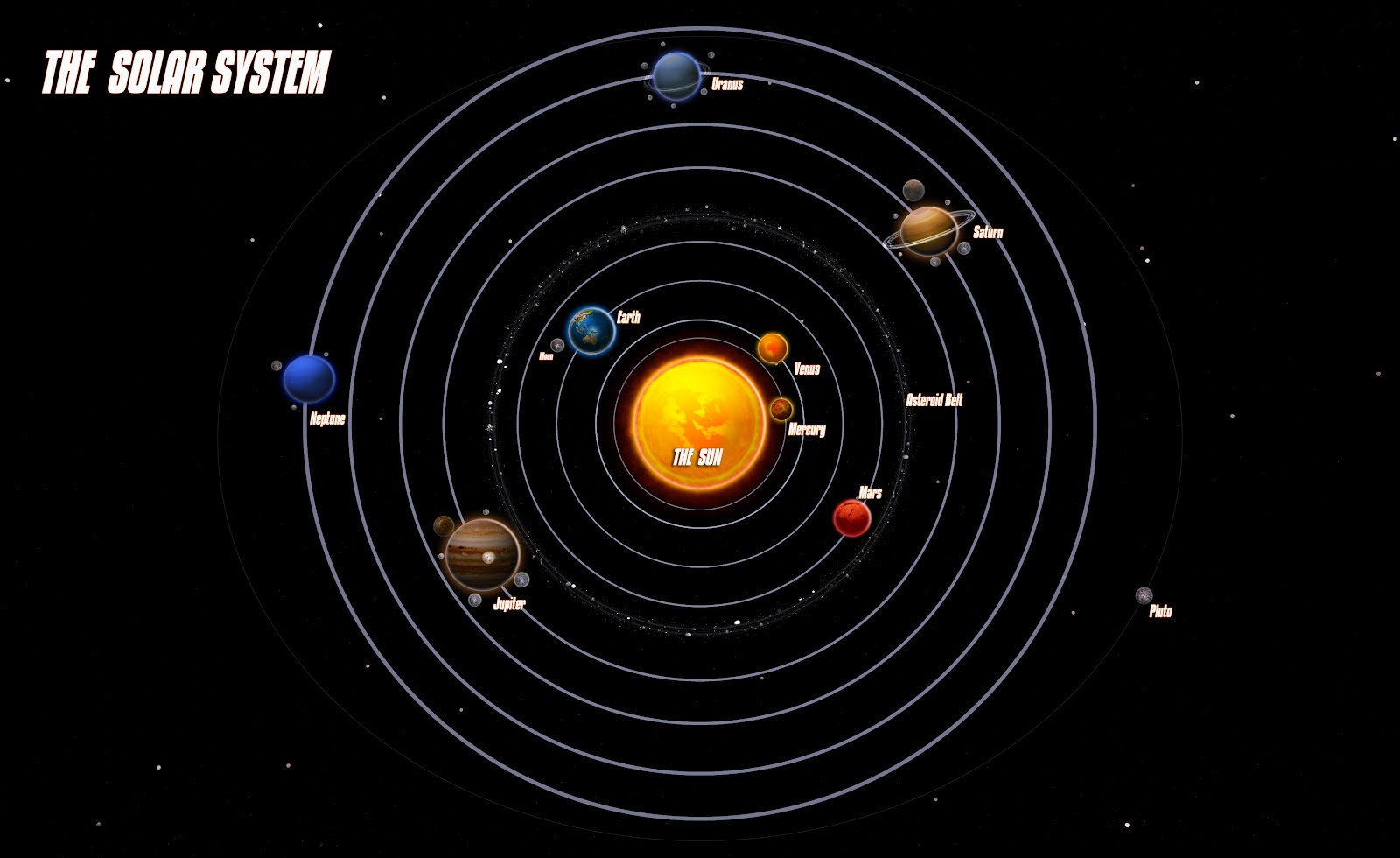 As indicated by the image above, depending on the location of Venus during its orbit of the Sun, it can come into close contact with Earth, but can also be very far away.

For instance, if Earth is on the left hand side of the image (shown above), during the orbit, Venus may be on the farthest right side of the Sun.

This is when Venus reaches its superior conjunction, as it will be on the opposite end of the Sun from Earth. This will be when Earth is at its extreme end of its orbital ellipse.

When the distance between Earth and Venus is very small, this is called the inferior conjunction. This happens once every 584 days. The inferior junction is the moment when Venus, Earth and the Sun are all aligned together, and both Earth and Venus are on the same side of the sun.

The inferior conjunction will typically happen when Earth is on the least curved part of its orbit. This will be when Earth is near its perihelion, or its closest approach to the Sun.

How Far Away is Venus?

As one of the brightest planets in the sky, Venus is actually the closest planet to Earth. As it orbits so closely to the sun, Venus is also called the morning and evening star, depending on where it orbits.

It is hard to say with certainty how far away Venus is from Earth, as this figure will depend on the orbits of both planets.

As both Earth and Venus travel within ellipses around the sun, their distance is in a constant state of flux, and will shift. However, at its farthest point, Venus is around 162 million miles, or 261 million kilometers away from Earth, according to data gathered by NASA.

Our planet Earth will take 365 days to orbit completely around the sun, and in those days it will come closer and farther away from Venus as they orbit around their respective ellipses.

Venus actually takes 224.7 ‘Earth’ days in order to travel fully around the sun, but once every 584 days, Earth and Venus catch up to each other and become much closer.

At this point, the planets are only around 25 million miles (40 million kilometers) apart!

This always happens on the inferior conjunctions, a few of which will be happening in the coming years. The next time this should happen will be on January 8th, 2022- in which the distance will be about 26.8 million miles (43.2 million kilometers).

Following this, the inferior conjunctions will be August 12th, 2023 and March 23rd 2025, in which the distance will be 26.8 million miles and 26.1 million miles respectively.

The maximum distance between Venus and Earth will happen when Earth is at aphelion, which is its furthest distance from the Sun.

Venus will also be farthest from Earth at its superior conjunction. This is when it is at its maximum distance of around 161 million miles. It is estimated that in June 2024, Venus will be as far away from Earth than it will ever be at 161.3 million miles.

How Far Away is Venus from the Sun?

An ellipse is more of an oval shape rather than a circle, and all planets orbit the sun in this way. However, Venus has the most circular orbit out of all of the other planets! This means that the distance between Venus and the Sun does not change as much as it does in relation to Earth.

When Venus is at its farthest distance from the Sun, this is called the aphelion, and it is about 67.7 million miles away, or 108.9 million kilometers away from the Sun.

Is Venus Closer than Mars?

Both Venus and Mars are considered planets quite similar to Earth. They say men are from Mars, and women are from Venus but actually Mars is a planet that is much further away from Earth.

How Long Does It Take For Light To Travel From Venus to Earth?

We were taught in school that light travels at the fastest speed possible, and can travel at over 186,000 miles per second!

This is roughly the equivalent of 300,000 kilometers per second, which means that at Venus’ shortest distance from Earth (24.8 million miles), light can travel in 133 seconds.

In the average distance between Venus and Earth (42.2 million miles), light can reach Earth from Venus in just 3 minutes and 46 seconds.

How Long Does It Take For A Spaceship to Travel From Earth to Venus?

Venus was actually one of the first planets to be explored by one of NASA’s spacecrafts, the Mariner 2.

This spacecraft successfully flew and scanned the cloud-covered planet on December 14th, 1962. Just a few years later, on March 1, 1966, the Venera 3 Soviet spacecraft actually crashed and landed on Venus!

The Mariner 2 spacecraft was actually launched on August the 8th in 1962, and flew by Venus on December the 14th of the same year, making the journey to Venus just 110 days!

The most recent spacecraft to reach Venus was the ESA’s Venus Express. This spacecraft was launched on November 9th 2005, and arrived at Venus 153 days later.

Now, when you gaze into the sky, and spot Venus, you will know exactly how far away it actually is, and how long it will take to reach by spaceship.