It’s marketed as being a telescope for those looking to get into astronomy and definitely delivers as it has high power but at a reasonable price. We'll be giving you our experience of using the 127EQ and all the things we’ve done to get the optimum use out of it. 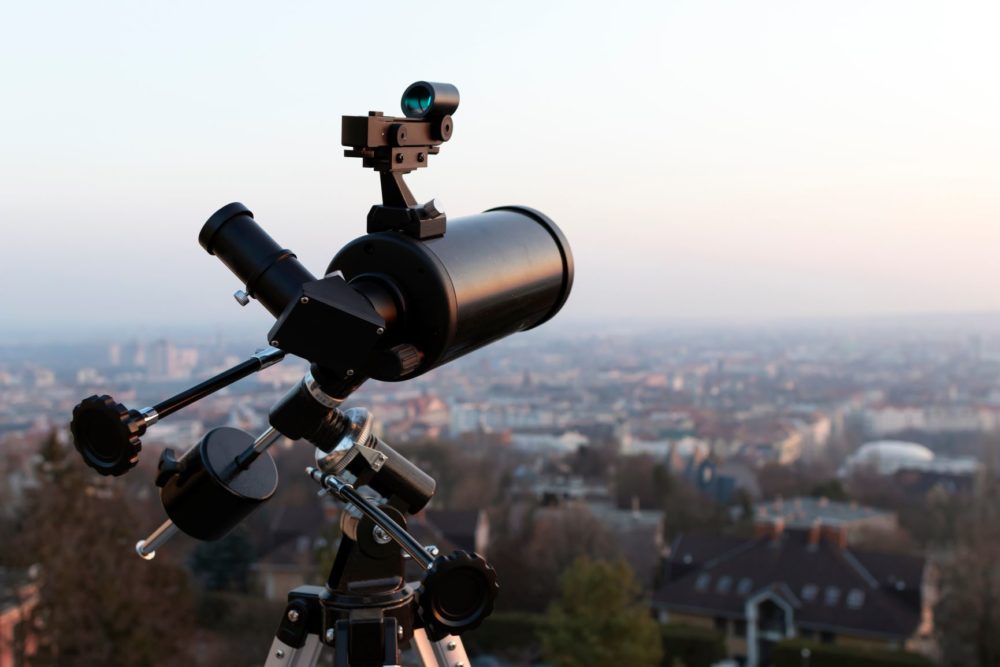 The Powerseeker 127EQ by Celestron is a great entry-level telescope and great for beginners or even kids who want to start learning about telescopes and astronomy.

However, whilst it is well suited for amateurs, it’s evidently obvious to myself and those more clued up on telescopes that there are some faults with the 127EQ and you’ll need to upgrade it so it reaches its full potential.

This often gets underlooked by new users who don’t always know what they’re looking for.

The Celestron Powerseeker 127EQ comes in at under $200 which is pretty impressive considering the power and caliber of this telescope.

It is marketed as a beginner’s scope, so setting the price too high would deter any potential customers away. However, in order to achieve this low price point, Celestron did have to make a few sacrifices.

Included in this price you’ll get 2 eyepieces, a Barlow lens, and a finderscope which is all you pretty much have during the settling-in period. Once you’ve got used to the general use of the 127EQ you’ll want to start spending some extra money on upgrades.

That being said, you’ll be able to see objects like Saturn's rings with this level of magnification. The 20mm eyepiece provides a magnification of 50x which will increase to 150x when you pair it with the Barlow lens.

The 127EQ is a basic model so it will be soon worth investing in some other lenses such as 9mm and 15mm and even some filters to really get the full power and magnification out of this telescope.

If you live in a city or areas where there is a lot of light pollution, you’ll want to say goodbye to using your 127EQ at home to prevent you from having a decent quality viewing so there isn’t much point in even trying.

You’ll have to travel to a secluded area or somewhere where there aren't tons of street lamps or lights from a city to make sure you’re getting the best possible viewings you can.

This isn’t at the fault of this telescope in particular, it’s the same with all reflector telescopes. If you’ve got no way of getting to a dark environment then you can always use a light pollution filter.

The finderscope is not the greatest and you’ll have to align it before each use. We recommend not using the red dot finder that comes with the 127EQ but upgrading to another one from a different brand.

They’re not very expensive to buy but you should make sure you look for one with a thumbwheel adjustment.

This 127EQ Newtonian Reflector telescope comes on a manual German equatorial mount.  It has a slow-motion altitude rod for smooth and accurate pointing.

You can adjust the rod to the desired position, then easily secure it by tightening the cross knob. The mount can be a bit shaky when using high powered lenses, but we expected nothing more from an inexpensive telescope.

The Powerseeker 127EQ is lightweight and portable so you’ll be able to take it to your favorite campsite or dark sky observing site, or even just a short trip to your backyard to see some viewings. It’s light enough for kids to carry on their own without the risk of dropping it and breaking it.

The mount and scope are pretty simple to put together and disassemble so you’ll be able to do so each time instead of keeping it assembled in a room.

The 127EQ doesn’t come with a designated bag to store in but you can purchase one directly from the Celestron brand (will set you back a bit of money) or get a generic telescope bag to keep it in.

We wouldn’t recommend travel on planes with this in the hold as it will get thrown about by staff. This can ruin the collimation and you’ll have to readjust it when you use it again.

If you’re a true beginner then you’re going to need some patience and time trying to collimate this telescope.  You’ll need to get a collimation tool like a laser or a Cheshire eyepiece.

The instruction manual will guide you on how to do the process, but we find YouTube videos tend to be more helpful for this kind of thing.

Once we’d found a decent YouTube video to help us, we had our 127EQ collimated in about 15 minutes. The 127EQ is a Bird-Jones telescope, which means there’s a lens at the bottom of the focuser tube that you have to remove before you collimate it.

Let your telescope adjust to the ambient outside temperature before attempting any collimation, otherwise, it’ll affect your focus and magnification abilities of the scope.

The Celestron PowerSeeker 127EQ Telescope comes with two eyepieces (20mm and 4mm), plus a 3x Barlow lens to triple the power of each.

You’ll also have access to the Starry Night software by Celestron which will not only help you find your objects but also give you a guided history of our solar system.

Those looking to capture images of their viewings will be happy to know that the 127EQ has astrophotography capabilities. It has a focal ratio of f/7.9 so your pictures will be less distorted than a telescope of a lower focal ratio.

It’ll also be easier for you to focus your camera or phone when attached to the telescope. You’ll need to use a longer exposure time on your camera though, however, the equatorial mount will help you with this.

You will need to get a smartphone adapter if you want to connect it to your phone to capture images. If you’re thinking about using a DSLR camera then you’ll have to get a universal T-adapter and also a t-ring for your camera.

Celestron offers great customer support when you have queries that range from minuscule to major problems.

When we had issues with collimation, we reached out to them and we had lots of communication back and forth trying to resolve the issue.

When you buy a Celestron product, you’ll get 2 years of unlimited access to their support team.

Like many of their products, the Powerseeker 127EQ offers a 2-year limited warranty to cover any mechanical or construction issues that may arise in your first couple of years owning your scope.

What can you see with the Celestron PowerSeeker 127EQ?

The Celestron 127EQ is great for beginners who are just starting out in astronomy. Not for those who want deeper sky objects. If you’re up for a challenge and are willing to dabble with the collimation of the 127EQ then it’ll soon be a great telescope for you.

The capability to upgrade with accessories to improve the viewing experience will be worth the extra expenses, especially when you consider this is a budget telescope for the high-quality optics that you do get.

If you’re someone who has no patience and wants something that is ready to go within moments of unpackaging then we’re not quite sure the 127EQ would be for you.

That being said, telescopes and astronomy requires a lot of patience and adjusting so you might want to reconsider if this doesn’t sound like something you’d be interested in.